First up on ‘New Releases Round-Up’ is ‘Comic Book Life’ by ‘Undercover Tide’, a Lincoln-based Indie Rock trio. The EP opens with ‘Hours’, an ever-changing, slow-burner of a song. An ethereal soundscape introduces ‘Hours’, whilst some subdued guitar lines and sparse piano notes fill in the gaps, courtesy of Jacob Wilson and Jacob F-D respectively. It’s a spaced-out affair until Donald Davis’ vocals enter the picture, which are processed with reverb and some subtle delay. I like this addition and it produces a nice blend in the overall sound. The bouncy nature of the verse is contrasted in the slower chorus, which drops several BPMS, perfect for swaying crowds in their possible drunken stupor. The vocal harmonies are sweet and a whirring synth line showcases the electronic influences that the trio possess. After a second helping of the chorus, a horn-infused coda is deployed, giving the song a retro summer feel. It’s a great bit of arranging and elevates the song from just being an ‘indie banger’ into a well-thought out piece of music – well done lads. ‘New Sounds (the Making of)’ is the second offering, and kicks things off with a stuttering and jerky beat, almost Talking Heads-esque – if not for the lack of David Byrne’s erratic vocal style. ‘Undercover Tide’ clearly love the use of dynamics and this song is evidence of that, with its quiet verses and big choruses. The harmonies are brilliant again, rivalling that of ‘Fleet Foxes’, and the Flea-esque bassline provides a nice groove for Davis’ drums to lock in with. There’s a slight grit to Wilson’s lead guitar, which provides a nice variance from the song’s otherwise clean tone, making it clear that they’re ‘Indie Rock’ and not ‘Indie Pop’. 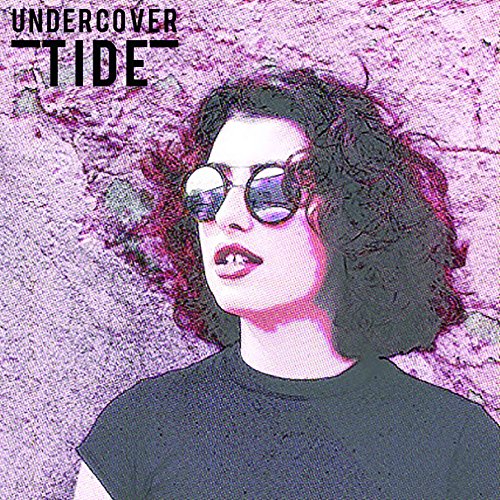 After a short Spotify advert (I rarely use it so I refuse to pay), ‘American Rain’ begins to play. A jazzy guitar riff welcomes us in, before being accompanied by some light cymbals and a counterpart guitar line. It’s all very laid-back and chilled before the vocals enter with a rather odd choice of whirring electronics in the right ear. I don’t understand what they add to the piece and, instead, act as a distraction to an otherwise good song. ‘American Rain’ features some complex rhythmic changes in the pre-chorus, before their favourite trick of multiple harmonies is brought out again to signal the main section’s arrival. The second verse ditches the annoyingly glitchy synths, in favour of a more organic arrangement, with a swirling organ the background and a Frusciante-indebted guitar lick. Unfortunately, the song fades out just as it was reaching a peak for the last chorus. Maybe it was a case of a time limitations for an EP, but I would have liked for the outro to go on for a bit longer, to really reinforce those melodies. Last up is the title track, a plaintive acoustic ballad which soon turns into a wall-of sound slow jam. The chorus hits and those harmonies begin again, whilst the electronics have been put to better use this time around. ‘Comic Book Life’ shows the art of layering and ‘Undercover Tide’ pull it off well. This indie-folk-electronic fusion explodes in the final verse and utilises a guitar solo that Slash would be proud of. The piano chords crash and the snare hits are crisp, bright and full of life. My only wish is that ‘American Rain’ would have worked as a better EP close if they’d kept the longer outro. Dare to jam lads! Maybe they restrict the noodling that to their live shows, who knows?

Personal preferences aside, ‘Comic Book Life’ is a good EP by ‘Undercover Tide’ and features more hooks than all 5 films in the ‘Pirates of the Caribbean’ franchise put together. So, sit back, pour yourself a rum (other drinks permitted) and chill out to this new indie rock release.

Next up on ‘New Releases Round-Up’ is ‘The Garden‘ by ‘Short Weekends’, a local 5-piece band. ‘I Miss You’ kicks things off and sounds like an indie classic from the get-go. Two guitars have a mini funk-off, courtesy of Cam’ron Murden and Tom Hamilton, and we’re underway. This song is destined to be on a FIFA soundtrack, which is no bad thing, and the song has a slight ‘Dreams’-by-Beck-vibe. Some shimmering synths from James Cahill add a brightness to the song, making it a feel-good summer hit, whilst Murden’s vocals croon away in the middle of the mix. Bassist Warren Gwarazimba provides a smooth groove to ‘I Miss You’ and James Bowler’s steady backbeat will have many-a-foot stomping. A washed-out middle section lets Cahill twiddle some knobs, before the final chorus is brought back in an explosive fashion. ‘Going Nowhere’ follows on much the same, with the opening synth line coming straight outta Compton 1986. I can just imagine Judd Nelson and Molly Ringwald from ‘The Breakfast Club’ in a mid-film-pondering montage, with this song playing on in the background. It’s a slice of peppy rock and sounds rather optimistic, which is only reinforced by the lyrics ‘everything will be alright’. Who said that all millennials are mopey drips?

The title track is up next and opens with a jangly little guitar line, before going into a reggae-esque rhythm – when did Desmond Dekka join the band? Although Murden’s vocals soar in the chorus, whilst being backed up by a euphoric array of keyboards and reverb-laden guitars, the verses are a bit of a dirge. The ever-changing rhythms are a little too jerky for my liking, and make for an awkward attempt to click along. It might be my least favourite track of the EP, and, even if I do appreciate the massive chorus, the song as a whole comes off as a little messy. ‘Make it Easy’ is the EP’s closer and starts life as a breezy acoustic tune, with some ethereal guitar lines in the background. Warren’s bass bubbles along nicely underneath and Bowler’s drums are crisp and unobtrusive – restraint is a great quality for a drummer to have. A dreamlike passage occupies the middle of the song, with the guitarists Murden and Hamilton providing some sweet melodies. ‘Short Weekends’ have one last trick up their sleeve though, and as the coda begins, Murden’s vocals are accompanied by some warm harmonies. A falsetto break takes the listener right back to the ‘Pet Sounds’ days, and Murden’s tone is akin to one Brian Wilson.  It’s a great way to end the EP and will surely raise a smile on any U2, Beach Boys or Travis fan. For a début release it’s impressive and I look forward to seeing what they release in future. In the meantime they’ve got a support slot for ‘Amulet‘ and ‘Sonder’ at a Rough Trade gig. It’s free, so get on down!

If this article has piqued your interest, then why not head over to our official Facebook page and give us a like. Also, if you’ve got any upcoming releases that you’d like to submit for review, then feel free to drop us a message on the page or get into direct contact with either myself or Will Robinson.

You can be the first one to leave a comment.